Keqiao is located in Shaoxing, Zhejiang Province, with a name called the Oriental Venice. It is famous for its waterways, bridges, wine, handwriting, shaoxing opera and celebrities. The most important for now is that it owns the biggest textile collecting and distributing center in Asia – the China Textile City.

However in 1980s, the textile business was proceeded in a small deteriorating market. So how did it be the famous textile city in the world step by step?

In 1978, the great reform and opening helped Keqiao work on light industry-textile with more and more sources. Now when we look back through the history, we will find that the policy is so scientific. Keqiao is a south city in China, quite different from the north cities which are strong on heavy industry. Compared to the heavy industry, light industry doesn’t ask for much requirements. South city especially Shaoxing, as a watery town, needs lots of water sources, which is its advantages on developing business.

Shaoxing county started its industrialization. The textiles were sold especially by thousands of salespersons. They worked hard and thought hard, seemed nothing is impossible. River is the most imposrtant in Keqiao at that time. A lot of black-owning boats shipped the buyers to the factories around Keqiao to buy fabrics for sale. This helps form bridges from the buyer to supplier. In this case, some markets appeared gradually. 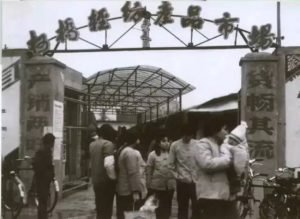 In July, 1985, with the support of Keqiao District industrial and commercial bureau, the keqiao light textile market was built with 3500m2, including 77 sales department and 89 booth. Then on Oct.1, 1988, it opened, totally investing 6.6 million and dealing at 76 million at that time.

The leaders of Keqiao government focused on the development of the textile market. In the second half of 1989, there were more than 450 enterprises settled in the market, mainly from WenZhou, SiChuan, GuangDong, etc.

Jan.8, 1992, another trading market opened in the east with 33,500 m2 and 1,020 salesrooms in total, whick made it be the biggest textile wholesale market in China. Then in 5 months, the market was renamed the China Textile City. This is the first batch of professional markets named with “China”.

In Nov. 2005, the Keqiao District government held the China Light Textile City Market Developing Meeting, engaged in make Keqiao an International Textile Manufacture and Trading Center. In Apr. 2006, the Management Committee of China Light Textile City was built to establish the strategic goals of City of International Textile and Modern Business. In Oct. 2007, Textile city was aurhorized to release the first textile index in China – China Keqiao Textile Index. In 2009, the government cost 20 million RMB to build the international Textile Creative Center. In 2011, Online Light Textile City was started with 2 million daily visits. In 2014, The deal of the textile city reached 742 billion RMB. In 2015, Textile internet was built, which brought new life to online deals. 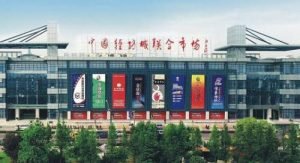 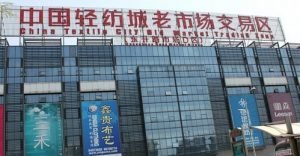 With the development of economy, more and more low level industry focus business on South-eastern Asia, Africa, etc. Keqiao, as a world famous textile city, is meeting a great challenge. That is, how to take advantages on promoting industrial upgrading and step into higher-end China made. This is not only the responsibility of government, it’s also the duty of each textile peers. We all believe that Keqiao will be better and better in the future with our efforts.

Your message will be replied within 24 hour